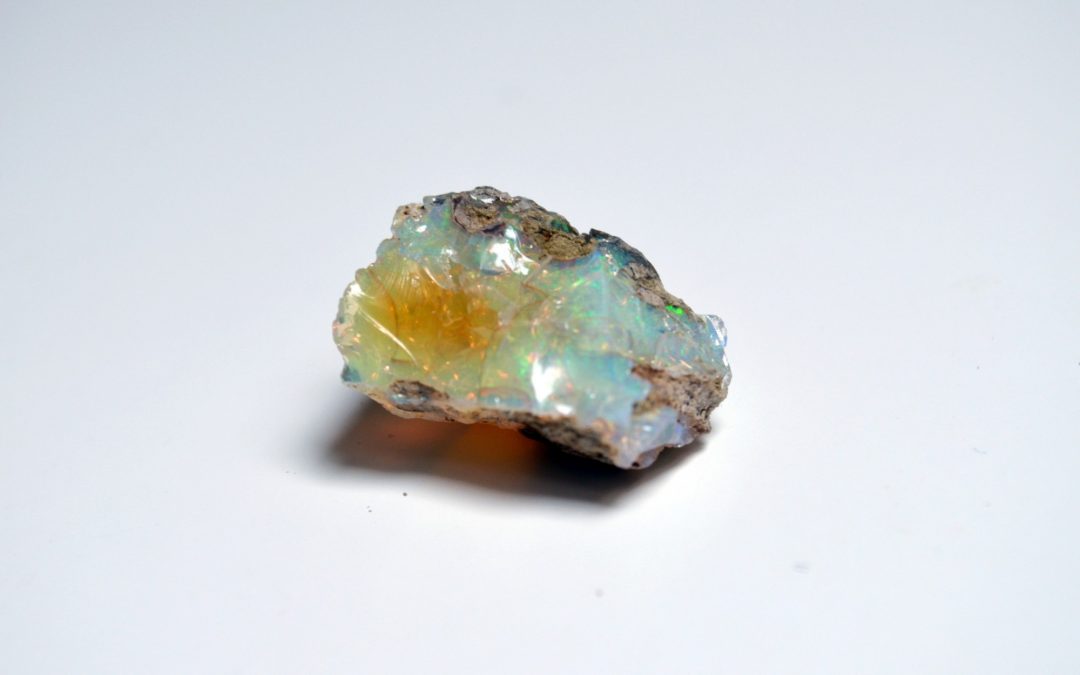 Think about October, and you’re probably thinking about pumpkins and foliage. But the October birthstone should come to mind.

Opal is an incredible gem. It is found in jewelry stores all over the world, yet it takes five million years to produce one centimeter of it. That’s just one fact that shows how special opal is.

What is opal made out of? What has mankind thought about opal over the centuries? How can you make use of opal today?

Answer these questions and you can take advantage of this incredible birthstone. Here are seven interesting facts about opal.

Opal is a type of quartz with tiny silicon spheres inside of it. These spheres contain a little water inside of them, which helps the spheres reflect light in different ways.

The high water content means that opal can crack or dry out. But the stone has to be exposed to high temperatures over a long period of time for it to break.

Quartz is a soft stone, and opal is no exception. You should be careful when handling quartz gift jewelry, especially in a jewelry cleaner.

2. An Opal Gem Can Display Many Colors

As light travels through the spheres, all colors on the visible spectrum may appear. You can see blue, orange, and red inside your gem.

You can angle the opal at different angles to display brighter or darker colors. You can also run different colors of light through your opal to create different effects. Some people compare the colors that opal makes to fireworks or lightning.

3. Opal Is Not the Only October Birthstone

Opal is one of two October birthstones. Tourmaline is a crystal made of silicon. Some crystals contain additional elements like aluminum, iron, and sodium.

This means that one crystal can create a wide variety of colors. You may be able to see gold, dark red, and green in one crystal. The effects are similar to opal, though the colors of opal can be brighter than the colors of tourmaline.

4. Opal Has Many Meanings in Folklore

Human beings have known about opal since antiquity. India was the source of the earliest opals that came into Europe.

The word, “opal,” originates from the Sanskrit word, “upala.” The word means “precious stone,” reflecting the importance of opal to early societies. The ancient Romans translated “upala” into “opalus,” and eventually the gem became “opal.”

Indigenous tribes in Australia believed that opals represented the footprints of divine beings. Different cultures throughout the world used necklaces with opal gems in order to repel evil. These necklaces could also help with their eyesight, especially at night.

Doctors in traditional medicine used opal to calm patients down and control their tempers. They also claimed that a dream of an opal meant that a person would experience good luck.

Some societies regarded opal as the most powerful gem. Its rainbow colors meant that the gem contained the powers of all other colored stones.

Future investigations have found more signs of opal. A 2018 study examined observations from the Curiosity rover on Mars.

It found that silica enrichments contain opal inside of them with a high amount of water. The sheer amount of water inside the opal suggests that the gems formed over billions of years. This indicates that water existed on Mars before and may continue to exist today.

6. Australia Makes a Lot of Opal

You can find opal all over the world, including inside the United States. But no country produces as much opal as Australia. It produces up to 95% of the world’s supply of opal.

Opal is the official national gemstone of Australia. Production began in the country in 1875 and has continued ever since.

Some towns specialize in different kinds of opal. Lightning Ridge is known for its black stones, while Winton is known for producing gems inside of ironstone.

Necklaces are the most popular way to wear opal stones. You can find a variety of necklaces, including those with smaller stones. But you are not limited to necklaces.

An opal focal dainty bracelet uses small and light-colored beads to draw attention to an opal bead. It rests between two gold discs, attracting light so the opal can display its range of colors. It goes well with a number of outfits, and you can wear it at informal and formal events.

You may be able to find some opal rings as well. Most rings tend to be small, accommodating small gems. If you want to call attention to your opal, you should wear a necklace or bracelet instead.

What You Should Know About Opal

Opal is more than the October birthstone. It is a type of quartz rich in water. You can see a wide range of colors in just one stone.

It is one of two October birthstones, the other being tourmaline. But it has a long history dating back to ancient India.

Opal is a sign that water exists on Mars. Australia has its own cottage industry for opal production. You can find all sorts of jewelry with small stones.