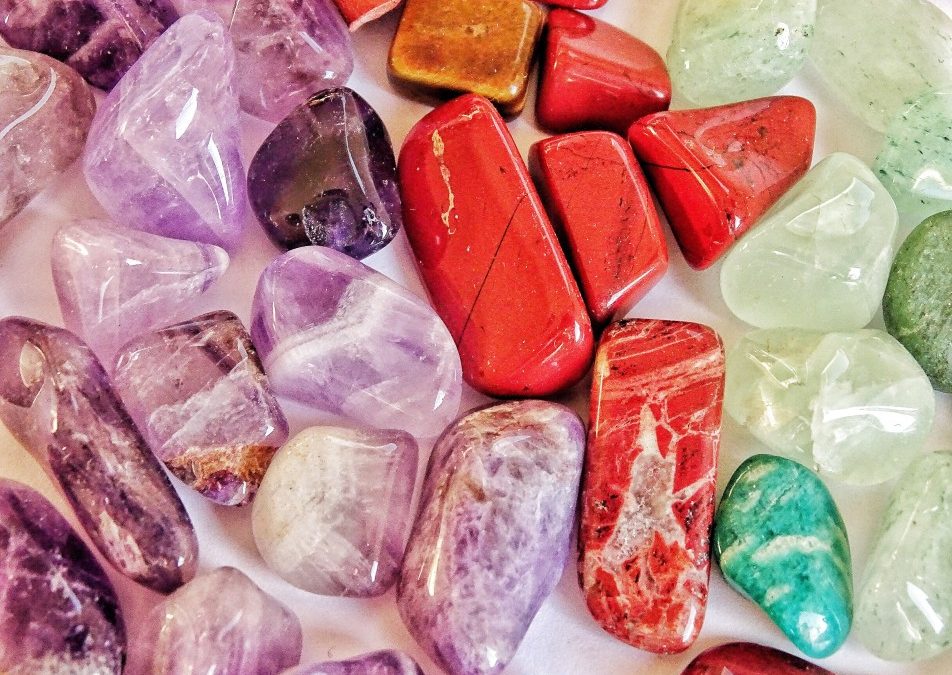 If you’re a big fan of gem guides, you may be asking yourself: what’s the most valuable birthstone? Learn more about birthstones here now!

Gifting someone a piece of jewelry that features their birthstone is a thoughtful gift that shows you took the time to think about something that was personal to them.

Have you ever thought about what the most valuable birthstone is? You may think that diamonds, April’s birthstone, are at the top of that list, but is that really the case?

Value can mean a lot of things to people, such as something being worth a lot of money or having a high sentimental value to them. Whatever your definition is, in this guide, we’ll break down each month’s birthstone and let you know the value of each one.

A garnet may look similar in color to a ruby, but its value could not be any more different. Garnets feature hints of earthy tones such as orange mixed in with the bright red.

Garnets are associated with healing powers, with their name coming from the Latin word for “pomegranate.” It is sometimes used as a protective gem, creating a barrier between the wearer and those who may cause them harm. As pretty as garnets may be, they are one of the least valuable birthstones.

Ever since large amethyst deposits were found in Brazil in the early 1800s, the value of amethyst has declined. Before that, they were considered as precious as rubies, diamonds, and sapphires. More than 5,000 tons of amethyst are mined around the world every year for a variety of purposes.

It is a form of crystalline quartz and it is thought to bestow wisdom, heal ailments, and protect against poisons. While it is not considered a valuable gem any longer, it is still thought of to be a semi-precious stone.

The word aquamarine comes from the Latin word for seawater. Its soft blue color mimics the shades of blue found in the actual ocean. Aquamarine gems are often connected to tranquility and the ability to see into the future.

Like with amethysts, aquamarine birthstones are to be semi-precious. The stones are available in large sizes and their price is dependent upon the clarity and purity of color.

You would think that diamonds are the most valuable birthstones but that is not the case. Diamonds can be crystal clear or come in various colors. They are often associated with loyalty, love, and fidelity.

The value of a diamond is dependent upon the cut, how many carats, and the gemstone quality. A tiny speck of a diamond can be worth next to nothing, but if you want one of a substantial size, it’s going to cost you a pretty penny.

Emeralds are a source of luck and give the wearer protection against evil beings. There was an entire city made from emerald, after all. Their bright green hue is incredibly striking, making for an exquisite piece of jewelry.

People born in the month of June are lucky to get two birthstones to choose from. Pearls are associated with love and integrity, with the white shade symbolizing purity.

Alexandrite also comes in a lot of different colors, such as green, blue, pink, and yellow. Crystal healers believe they have healing properties.

Natural pearls can be expensive and rare, especially if you’re seeking a perfectly symmetrical and round pearl.

At long last, we have landed on the most valuable birthstone – the ruby. Rubies convey passion and love. The deep red color of the ruby is thought to preserve life and ward off evil.

Rubies fetch a higher price in comparison to other stones, such as diamonds, sapphires, and emeralds. There are many synthetic replications of the stone, but a pure and genuine ruby that is a decent size is simply the most valuable gemstone out there.

Peridot is another green birthstone, just at a slightly lower price point than an emerald. It’s thought to be a spiritual protector, guarding the wearer against evil intentions and spirits.

The peridot is a semi-precious stone, with its dollar value starting as low as $25, going on up to over $900. It all depends on the size, color, and quality of the stone.

Sapphires are the epitome of sophistication and elegance, with many members of the royal family wearing wedding rings featuring the blue stone. The stone is associated with increased mental clarity and protection against any negative energy.

Like with a lot of other birthstones, their monetary value depends a lot on the color, cut, and clarity. Sapphires can run as low as $25/carat or up to $11,000/carat. Sapphires come in a variety of colors, including blue, green, yellow, orange, and purple.

October is another lucky month that has two birthstones. Opal comes in a variety of colors, from black to white. The stones also have flecks of silica in them, which gives them that iridescent sheen.

Tourmaline also comes in multiple colors and is associate with reflection, inner peace, and wisdom. While both stones are beautiful, they don’t hold the same monetary value as others.

Topaz comes in a variety of colors, but it is usually shown in its yellow form. It is associated with abundance and wealth. The most valuable color is the golden yellow-orange, with the value increasing as the color grows deeper.

The idea behind having multiple birthstones is to give purchasers more affordable options to choose from. The vibrant hues of violet to blue give people a variety of stones to choose from. Tanzanite tends to be the most modern of the three since its discovery in 1967 and is also the most valuable.

Turquoise has been used in cultures for many years and is something that is commonly found in jewelry stores. Turquoise conveys positive energy and harmony. Blue Zircon bestows prosperity and wisdom on the wearer, and can also stimulate a good night’s sleep.

Which Is the Most Valuable Birthstone?

If we’re looking purely at monetary value, the ruby is the most valuable birthstone. Depending upon your birth month and how important your birthstone is for you, that can create more personal value. Each stone has its own special meaning, making it all the more special.

If you’re looking to add some more pieces of jewelry to your collection, check out our online shop for something special.